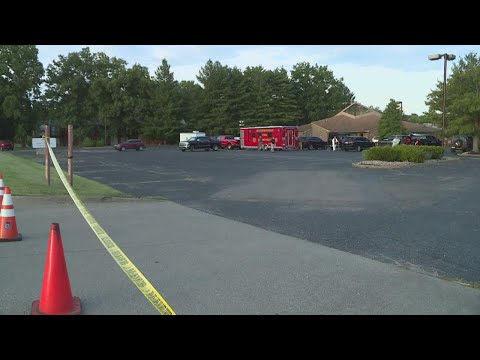 Police made a ghoulish discovery at an Indiana funeral home where they found over 30 decomposing bodies alongside other human remains, officials said.

Officers with the Jeffersonville Police Department answered complaints at the Lankford Funeral Home and Family Center after receiving tips about a strong smell coming from the building.

Upon searching the premises Friday, they found  31 corpses in various states of decomposition. Some of the bodies appeared to have been dead for some time, according to police.

Several bodies have been at the facility since March, police said.

“We understand that this is going to be a situation where we’re really going to need the assistance of these families,” Major Isaac Parker said. “I’m sorry that they’ve already suffered a loss and now they’re dealing with this situation.”

Police have not said if any arrests have been made.

All bodies and remains have been taken to the county coroner, who is working to identify them.

While officials continue their investigation, families are left to wonder and worry about what happened to their loved ones’ bodies.

“I couldn’t sleep last night not knowing what happened to his body,” Tara Owens, who sent her brother’s remains to the business in April, said. “Has he been cremated? Is he not? What’s going on? If I do get cremated remains, how do I know that they’re him? It’s just really sad.”