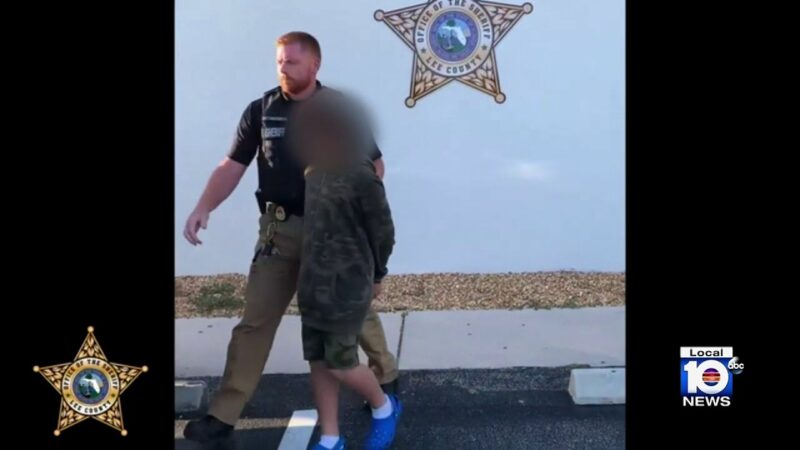 A 10-year-old Florida boy was arrested Saturday after making a written threat to conduct a mass shooting, according to police.

The Youth Services Criminal Investigations Division is overseeing the investigation in light of the child’s age. Police arrested the boy following an interview with detectives who determined probable cause for his arrest.

“This student’s behavior is sickening, especially after the recent tragedy in Uvalde, Texas,” Lee County Sheriff Carmine Marceno said. “Making sure our children are safe is paramount. We will have law and order in our schools! My team didn’t hesitate one second…NOT ONE SECOND, to investigate this threat.”

“Right now is not the time to act like a little delinquent,” Marceno added. “It’s not funny. This child made a fake threat, and now he’s experiencing real consequences.”

Marceno has come out forcefully on social media against would-be killers in the wake of the deadly mass shooting in Uvalde, Texas, where 18-year-old gunman Salvador Ramos slaughtered 19 children and two teachers.

“You don’t get to shoot our children,” Marceno said during a press conference after the shooting. “You bring deadly force in this county, we are going to kill you.”

Law enforcement officials in Uvalde are facing growing criticism of their response to the shooting that left 19 children and two faculty members dead amid questions regarding how quickly police responded to the shooting and took out the suspect. The Department of Justice announced an investigation into the matter Sunday.