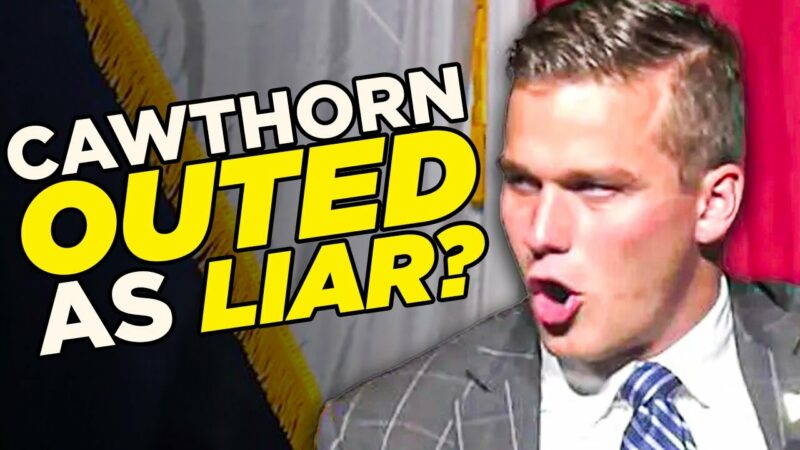 Republican North Carolina Rep. Madison Cawthorn stocks a large supply of alcohol in his Hendersonville, North Carolina district office, according to a former staffer who is accusing him of workers’ rights violations.

Cawthorn’s Hendersonville office has “more liquor bottles than water bottles,” former aide Lisa Wiggins claimed. Wiggins accused the first-term Republican of serially mismanaging his offices, including a violation of federal law, in a recorded phone call with an organization backing one of his primary opponents. Wiggins worked for Cawthorn as a campaign events coordinator in 2020 and as a district caseworker in 2021, according to Legistorm.

The Family and Medical Leave Act requires that federal employers provide employees with up to twelve weeks of unpaid leave a year, according to the Department of Labor. That leave may be used for events such as the care of a spouse with a serious health condition. When Wiggins’ husband suffered a heart attack, Cawthorn refused to let her take time off.

“My uncle passed, and my husband had a heart attack, all in the same week,” Wiggins said in the recording.

Wiggins also said that she would pursue “litigation” adding that the case would not be public “because it goes through a different dynamic than it would the regular court setting.”

“My attorney is on Capitol Hill,” Wiggins explained, in reference to the Office of Congressional Workplace Rights (OCWR). OCWR handles workplace complaints in Congress and maintains confidentiality throughout its investigation and adjudication process.

Wiggins is supporting Rod Honeycutt in the primary for North Carolina’s Eleventh District.

“These accusations are verifiably false. The individual spreading these disgusting allegations is currently working for a primary opponent of Congressman Cawthorn. We believe these comments potentially amount to defamation of character and are exploring options to ensure the Congressman’s name emerges from these slanderous remarks unscathed,” a spokesperson for Cawthorn said.

Wiggins said Cawthorn closed all of his district offices except for the main one in Hendersonville, forcing constituents to travel up to five hours to meet with him.

Cawthorn drew an ethics complaint in July 2021 after a disagreement with a staffer for Republican West Virginia Rep. David McKinley. The two Republicans later battled on the House floor. Cawthorn is also facing legal trouble for repeatedly driving with a revoked license.