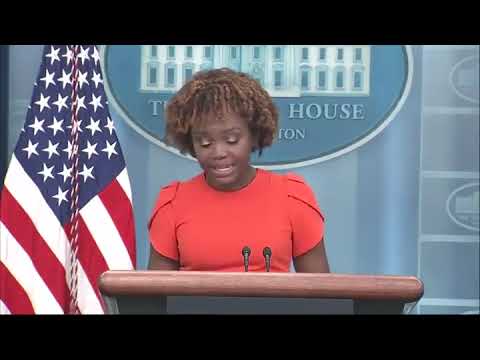 Doocy Calls Out Jean-Pierre Over Unvaxxed Migrants vs Tennis Player

The White House skirted a question as to why it continues to allow untested and unvaccinated illegal immigrants into the United States when tennis star Novak Djokovic was not allowed into the country to play in this year’s US Open.

“How come immigrants are allowed into this country unvaccinated, but world-class tennis players are not?” he asked White House Press Secretary Karin Jean-Pierre.

“The US government cannot discuss the details of individual visa cases. For privacy reasons, the US also does not comment on individual travelers’ medical information as it relates to this tennis player,” she replied.

2022 Wimbledon champion Djokovic will miss the US Open after refusing to take vaccinations.

Jean-Pierre referred the question to the US Centers for Disease Control and Prevention (CDC), which has its protocol, saying, “These are two different things.”

Doocy continued to press Jean-Pierre further on the matter.

“Someone comes on a plane unvaccinated, you say that’s not right. Someone goes to Texas or Arizona without vaccination, are they allowed to stay?”

“That’s not how it works. … It’s not like someone’s walking,” he replied.

“That’s right!” Doocy replied. “Thousands of people walk in a day. Some of them flip themselves over. Some of them get caught. Not a few thousand a weeks. That’s what happens.”

Earlier this month, the CDC extended a Trump-era policy aimed at limiting immigrant entry into the United States, citing coronavirus concerns, which did not apply to immigrant children.

Doocy and Jean-Pierre also went back and forth over the policy during their exchange.

“Why is there a CDC [vaccine] requirement for people who fly here as opposed to people who cross the border?” he asked.

“We have talked about Title 42,” Jean-Pierre replied. “There is a CDC provision for folks coming through the southern border. It is not just for tennis players.”