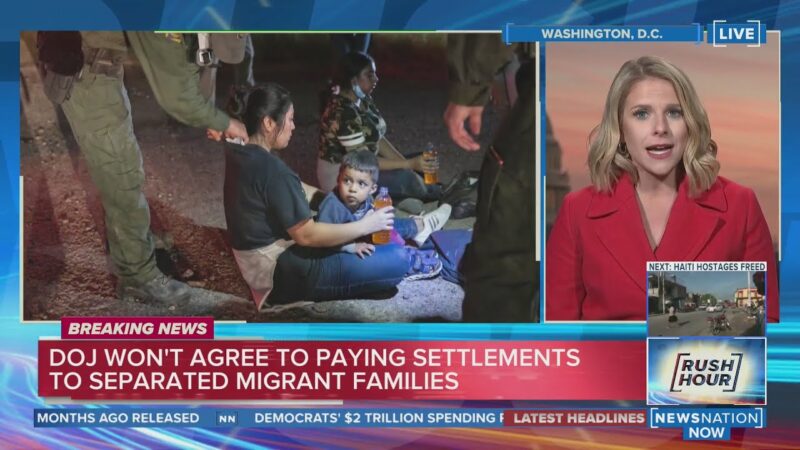 The Department of Justice (DOJ) discontinued settlement talks with families that were separated at the border.

The DOJ put an end to the talks, which previous reports had indicated could mean the DOJ would be paying illegal-immigrant families separated under the Trump administration’s zero-tolerance policy up to $450,000 each in damages.

“While the parties have been unable to reach a global settlement agreement at this time, we remain committed to engaging with the plaintiffs and to bringing justice to the victims of this abhorrent policy,” DOJ spokesperson Dena Iverson said in a statement.

Deputy director of the American Civil Liberties Union’s(ACLU) immigrant rights project Lee Gelernt said on Thursday that the talks had ended and that the government will be working to litigate hundreds of separated families’ monetary claims.

“We are hardly naive that politics sometimes plays a role in Justice Department decisions but it is shameful that it happened when the lives of little children are at stake,” Gelernt said. “History will not look kindly on the Biden administration’s decision not to stand up for these small children.”

Republicans were quick to come out against the plan once reports were published about the potential payments.

Several GOP legislators sent letters to the administration concerning the payments after the reports were published.

President Biden said last month that he believes the separated families “deserve some kind of compensation,” but also stated that he had “no idea” how much money they should receive.

Biden decided to back the idea after he called reports of the nearly half-million-dollar payments “garbage.”
Subscribe
Login
2 Comments
Oldest
Newest Most Voted
Inline Feedbacks
View all comments

Illegals; the line for pro-bono lawyers starts on the right.

absolutely shameful, disgusting, and immoral…ILLEGAL ALIENS should get NOTHING from the people of the US…they broke our laws coming over here and they are getting rewarded FTS…UNACCEPTABLE