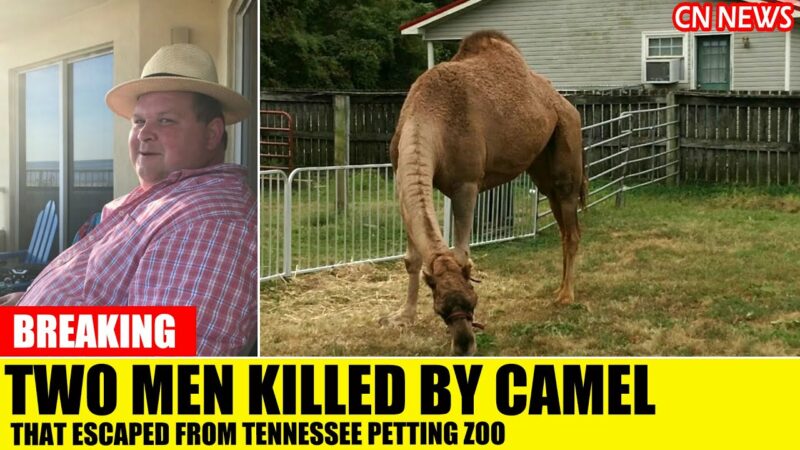 Two people are dead after being attacked by a camel at a Tennessee petting zoo on Thursday, according to local sheriffs.

Obion County Sherriff’s office responded to a call on Thursday about a camel on the loose attacking people near Shirley Farms on South Bluff Road in Obion, Tennessee.

“Deputies arrived on scene to find two unconscious victims on the ground at Shirley Farms and a camel still on the loose,” said Sheriff Karl Jackson in a statement.

According to Jackson’s statement, the camel initially attacked a sheriff’s vehicle and then approached deputies who were moving a victim towards EMS. Officers were forced to put the camel down on the scene to ensure everyone’s safety. The victims succumbed to their injuries on scene and were identified as Bobby Matheny, 42, of Ridgely, and Tommy Gunn, 67, of Obion.

Shirley Farms said they are devastated about the attack and grieving and did not have further comment at this time.