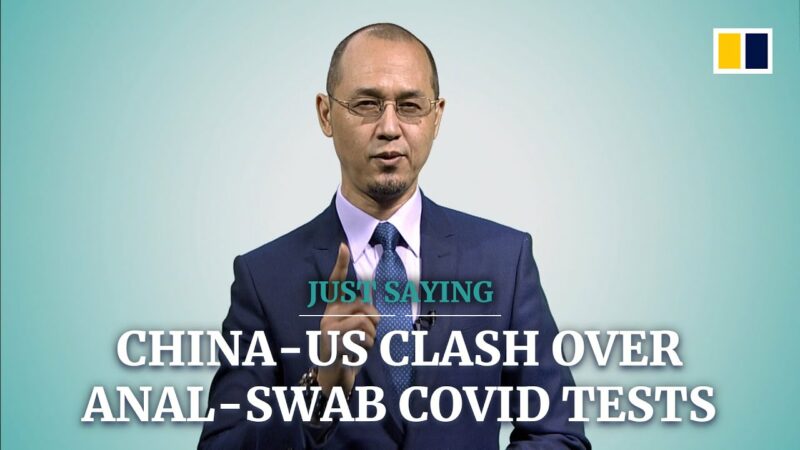 The information was obtained through a Freedom of Information Act (FOIA) lawsuit against the U.S. Department of State.

He added: “Our diplomatic personnel were harassed in a reprehensible way by the Chinese government, and the Biden administration seems to have done little in response – except to cover it up.”

“The State Department never agreed to this method of testing and protested directly to the Ministry of Foreign Affairs (MFA) when we learned that some U.S. Mission personnel were subjected to it,” the spokesperson said. “We have received assurances from the MFA that this testing was conducted in error and that diplomatic personnel are exempt from this requirement.”

One response was, “No, I have had no unusual requests. I received a nasal and throat swab when I arrived in Shanghai and just a throat swab before departing.”

In a separate email chain with the subject line “Test,” one sender wrote, “ Please call me at your convenience, This is not good!”

Another recipient responded, “This is becoming so nondiplomatic status testing. Disgusting. I hope the GSO [general services officer] and VIP Beijing visits can do something about this. I am so disgusted right now.”

One recipient responded, “VIP – please check with FAO again on this. Seems to be a CDC rule and given our history with close contacts and following hotel separations, want to make sure the MFA/FAO understand this is not acceptable for our people regardless of the reason.”

“Will honorable round-eye prease drop your pants and spread ’em?”

When will our government realize that the CCP could care less what we think. They will do whatever the hell they want and the hell with the rest of the world. The CCP has been screwing the rest of the world for as long as time itself and will continue to do so unless someone with brass balls puts a stop to it.

That’s why they dislikes Trump, and love killer Joe!

LMAO…as most are DemonRATS, I’ll bet they enjoy it!