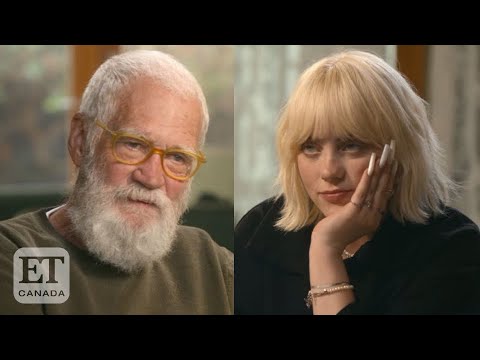 Billie Eilish Opens Up About Having Tourettes

Billie Eilish appeared on the Netflix series, “My Next Guest Needs No Introduction,” where she spoke frankly with David Letterman Friday about her struggles with Tourette’s Syndrome.

“It’s really weird, I like, haven’t talked about it at all,” Eilish said of her condition which can be seen in a video clip circulating on social media. The discussion about her Tourette’s unfolded organically, as she experienced a tick while speaking to Letterman, and he asked about what was happening.

“What’s goin on, a fly?” Letterman asked. Eilish explained that she was “ticking,” and went on to talk about her condition. “If you film me for long enough, you’re gonna see a lot of ticks,” Eilish said. She discussed the various ways she tries to conceal her ticks through small movements that don’t often catch the attention of others.

“I got diagnosed when I was 11, Eilish said, before describing the way people typically respond when they find she has Tourettes. “The most common way that people react to it is they laugh because they think I’m like trying to be funny,” Eilish said. “I always felt incredibly offended by that.”

Letterman apologized for the way he had responded when she’d experienced a tick during the interview, saying that he had no idea about her condition.

“I think I’ve said something that pissed you off,” Letterman said. Eilish explained that the ticks come on their own and that she has yet to identify what her triggers are.

“I never like don’t tick at all,” Eilish said.

She went on to discuss the amount of effort she puts into concealing her Tourette’s ticks – a battle that up until recently, few people knew she faces constantly. “The main ticks that I do constantly all day long, I wiggle my ear back and forth, and raise my eyebrow, click my jaw, flex my arm here, flex this arm, flex these muscles,” Eilish said, while pointing to her arms.

“These are things you would never notice like if you’re having a conversation with me, but for me, they’re very exhausting,” Eilish shared.

Letterman asked Eilish if the ticks ever happened on stage when all eyes are on her. Eilish said that she doesn’t suffer Tourette’s ticks when she’s performing live.