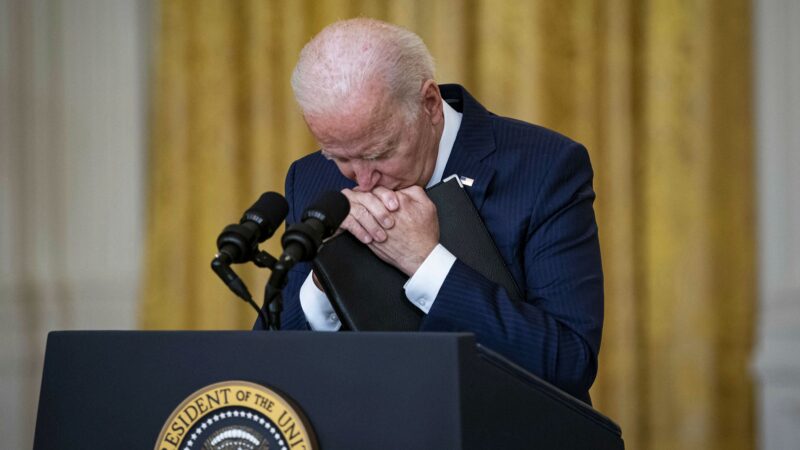 In less than two weeks there have been two men charged with threatening to kill President Joe Biden, authorities announced Monday.

Scott Ryan Merryman, 37, of Independence, Kansas, was arrested after he called the police to inform them that Biden is the antichrist and that he was on his way to Washington, D.C., to meet Biden and “lop off the head of the serpent in the heart of the nation,” according to an FBI agent’s affidavit.

“Merryman denied that the serpent was the President of the United States, but stated that he had information about the Book of Revelation that he was being instructed by God to give to the President,” the affidavit read.

Merryman was charged with making threats against the President of the United States and interstate communication with a threat to harm, according to the Department of Justice. If convicted, he could face up to five years in federal prison for each charge.

Ryan Matthew Conlon, 37, of Halethorpe, Maryland, was arrested after he threatened to bomb the National Security Agency (NSA) headquarters, according to the FBI.

Conlon sent several messages to NSA and FBI tiplines threatening to bomb the White House and kill Biden. He also threatened to carry out a mass shooting on NSA employees.

“Conlon apologized for sending threats when he becomes angry,” the FBI said.

What did you expect , when our president is that corrupt and is trying to destroy our as a nation … someone will take it personally . The hole dang country should be taking this personally , not just a few . This is why the democrats are using so much corruption to get what they want . Their burning our city’s, looting and killing at will , and no one is trying to stop Biden and the democrats but a few . That alone should scare the hell out of you . Why won’t the arm forces or the law officials stop the delusional democrats corruption ??? Are they as corrupt as the delusional democrats ??? We can’t depend on the deplorable Republicans , they don’t have the balls to stand up to the delusional democrats . So we’re screwed unless the few that tried can make a difference in the country by removing the problem no one else will . The way Biden is going there will be civil war in the streets cause of his corruption .

Making a threat is stupid. Just shoot the worthless fucker.