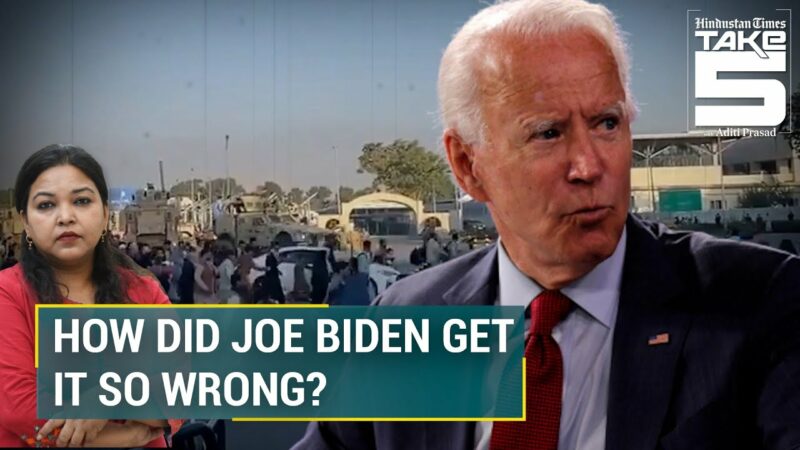 President Joe Biden set out on a multi-day trip that began Monday in Idaho and ended in Colorado. The tour was scheduled for him to speak about his Build Back Better plan. While the president did draw crowds at every stop, not everyone was thrilled to see him. He was typically greeted several times by angry crowds with anti-Biden messages, chants, and obscene gestures.

Biden spoke against a backdrop of solar panels at the National Renewable Energy Laboratory (NREL) as he warned that America is “blinking code red” and how his bipartisan infrastructure deal and the build back better agenda will create jobs, address climate change and improve America’s infrastructure.

“We need to make the investments that are going to slow our contributions to climate change today. Not tomorrow,” Biden said. “And here’s the good news. Something caused by humans can be solved by humans.”

The president turned his attention to climate change following the mismanaged withdrawal from Afghanistan at the end of August however Americans have not yet lost focus on the issue, causing a plunge in his approval rating.

The president has avoided the issues of the Afghanistan withdrawal and the subsequent problems associated with it, as well as the border crisis and is directing his efforts into climate change and the pandemic.

Biden said it is his goal for America to reduce greenhouse emissions by 50% by the year 2030. He further said that it is his hope that half of the new vehicles sold in 2030 are electric and promised that “every dollar we invest” in improving infrastructure “saves $6 down the road.”

“Every dollar we spend saves $6 down the road because the next time a disaster strikes the flooding is contained,” the president said. “The fire doesn’t spread as widely. The power stays on. And these investments can also save lives, save homes and create good-paying jobs for America’s make our country stronger and more resilient.”

He warned that the country doesn’t “have the time now” and emphasized an urgent need to address climate change.

“But folks, we need to pick up the pace,” the president said. “We don’t have the time now. The necessity is there. We don’t have a lot of time, we don’t have much more than 10 years.”

Before Biden traveled to Colorado, he stopped in Idaho on Monday to meet with officials about wildfire prevention, also stopping Monday in California to survey damage from a recent wildfire there and also to campaign for Democratic California Gov. Gavin Newsom in the recall election.