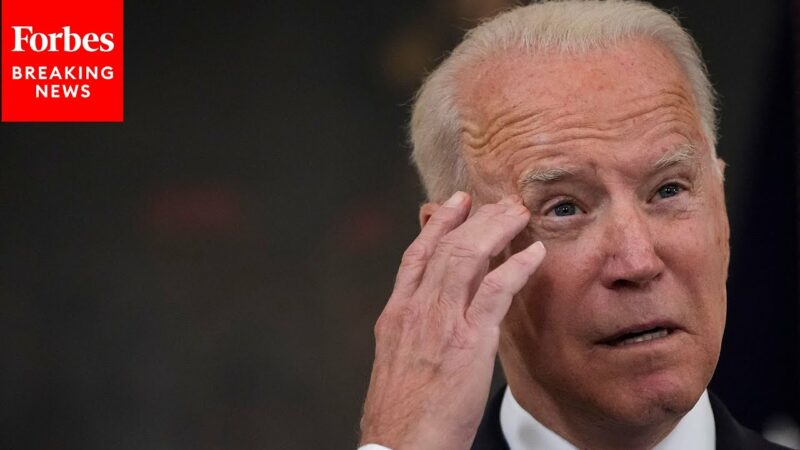 Biden Plays Dumb About Secret List Of Names Given To Taliban

During a press conference Thursday evening President Joe Biden did not deny allegations that US officials handed over a list of American citizens in Afghanistan to the Taliban.

It was reported earlier on Thursday by Politico that U.S. officials gave the Taliban the names of U.S. citizens and Afghans with visas to be evacuated as a tool for speeding up the airlift in Kabul. Several defense officials were reportedly flabbergasted by the move, accusing their colleagues of “putting all those Afghans on a kill list.”

During his press conference, the president was asked about the validity of the report; “There are reports that U.S. Officials provided the Taliban with names of Americans and Afghan officials to evacuate. Were you aware of that? Did that happen,”

“There are certain circumstances, where we’ve gotten information, and quite frankly sometimes from some of you, saying you know of such and such a group of people are trying to get out, on a bus, moving from other people, and this is their location,” Biden said. “And there have been occasions when our military has contacted their military counterparts in the Taliban and said, for example, ‘This bus is coming through with X number of people on it, made up of the following group of people. We want you to let that bus or that group through.”

“So yes, there have been occasions like that,” Biden continued. “To the best of my knowledge, in those cases, the bulk of that has occurred they’ve been let through. But I can’t tell you with any certitude that there’s actually been a list of names. There may have been, but I know of no circumstance. That doesn’t mean it doesn’t exist….it could very well have happened.”

There have been numerous widespread reports of Taliban fighters harassing and even attacking Americans and Afghans trying to reach the Hamid Karzai International Airport in Kabul. At his press conference, Biden maintained his decision to withdraw all American troops by Aug. 31, regardless of whether or not all Americans have been evacuated by then.