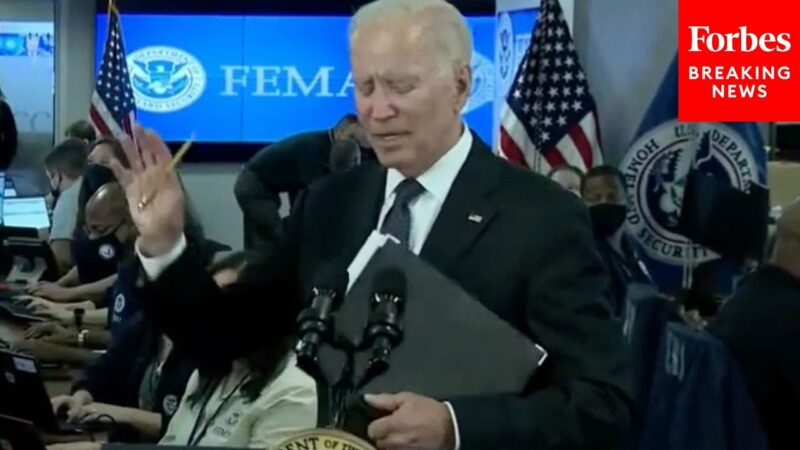 Biden Bails On Reporters After Getting Asked The Hard Questions

President Biden offered to take questions at the Federal Emergency Management Agency headquarters in Washington on Sunday where he was to address the response to Hurricane Ida, which had strengthened to a Category 4 before making landfall in Louisiana.

“I’m not supposed to take any questions but go ahead,” Biden said to reporter Jennifer Jacobs.

“I’m not gonna answer on Afghanistan now,” Biden interrupted before walking away from the podium.

Biden has faced serious criticism over his handling of the U.S. military in Afghanistan and his response during and after the fall of Kabul to the Taliban. The president continues to defend his actions while hundreds of U.S. citizens and thousands of Afghan allies are still stranded.

Only one month ago, Biden assured the American people that a Taliban takeover of Afghanistan was not likely and that he trusted “the capacity of the Afghan military.” During the August 15 collapse of Kabul, the president was found at Camp David’s presidential retreat.

Three days after the fall of Kabul, Biden was vehemently criticized for failing to address the crisis in Afghanistan when giving remarks about COVID-19.

On Tuesday, the president’s remarks were delayed more than four hours after being rescheduled twice, even then the U.S. evacuation effort in Afghanistan was the last topic addressed……after his Build Back Better agenda.