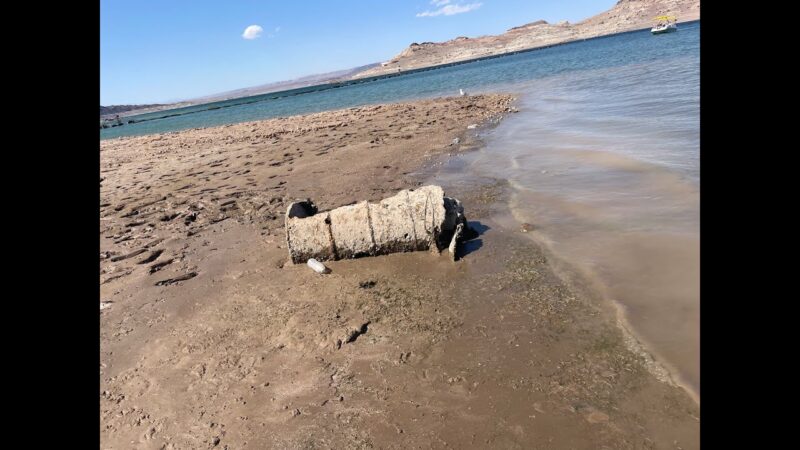 People out for a walk along the shore of Lake Mead discovered a barrel containing human remains Sunday.

Rangers from The National Park Service uncovered the barrel near the Hemenway Harbor on the lake’s western shore.

“We were docking our boat to go home and heard a woman scream,” witness Shawna Hollister said. “My husband walked over and found the body. His shirt and belt were the only things we could see over his decomposing bones.”

The barrel is believed to have been stuck in the mud along the lakeshore and was finally revealed by low water levels due to ongoing drought conditions throughout the western U.S.

Investigators say the barrel had been in the water since the 1980s and an autopsy indicates the death was a murder.

Authorities confirmed that the barrel contained human remains, but the person’s identity has not been confirmed by the Clark County coroner’s office. The National Park Service is working with Las Vegas Metro police to fully recover the remains.

Photographs of the barrel and body were shared by news organizations and posted to Twitter. The barrel appears to be an oil drum, and the body appears to be crouched inside.

Could it be Jimmy Hoffa