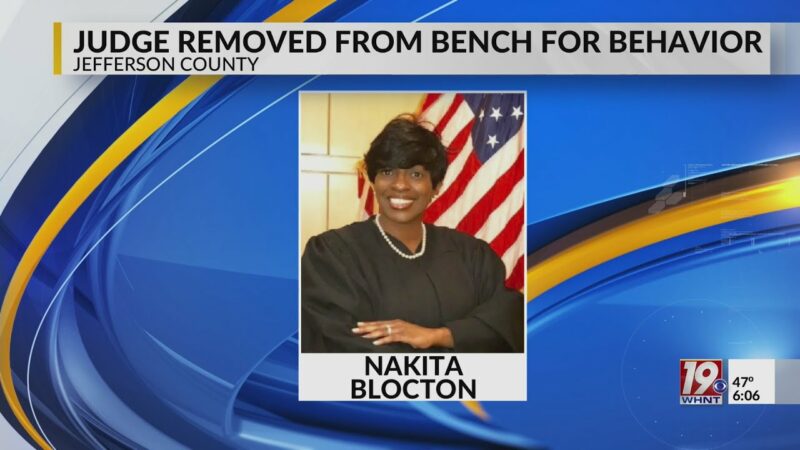 Jefferson County, Alabama, judge Nakita Blocton was fired from her job after several accusations of abuse against employees, colleagues, and litigants often while under the influence of Phentermine or other prescription drugs.

Blocton was accused of calling another judge a “fat bitch” and “Uncle Tom,” according to the judgment of the Alabama Court of the Judiciary.

In a complaint to the Alabama Judiciary, one employee accused Blocton of demanding that she and other employees take the diet pill Phentermine, to “pep” them up while working late.

Employees also accused Blocton of abusive practices, including requiring them to come to work when the office should have been quarantined due to COVID-19 exposure, forcing them to work excessive hours and threatening to fire them immediately if they did not comply in addition to wasting attorneys’ and employees’ time with lengthy rants from the bench and berating an employee for needing to use the restroom during work.

The complaint also accused Blocton, or someone at Blocton’s direction, of using fake Facebook accounts to inappropriately communicate with litigants in a divorce case she was presiding over. “Hundreds of pages of conversations” between Blocton and the litigants include comments such as “the devil is watching you,” “leave those black women democrats alone or the devil is going to get you” and “false prophet how much is your white judge paying you.”

The commission did not find clear and convincing evidence to support accusations that Blocton abused drugs or was mentally unstable, but it did find that she engaged in inappropriate communications and told employees to let her see their private phones so she could delete information relevant to the commission’s investigation.

The commission did find convincing evidence that Blocton abused staff, attorneys, and litigants.

Because she’s black, she mistakenly thought she was untouchable.

Wonder which political party she belongs to?

Another brown piece of shit!