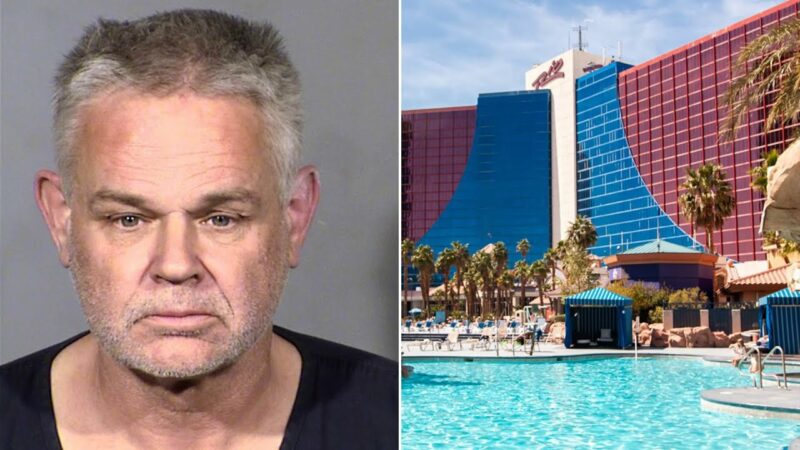 Las Vegas police found a severed head and other body parts in a cooler after conducting a traffic stop Thursday.

Officers made another attempt to stop Holland but once again he fled the scene. Authorities then followed him to an apartment complex as Holland started throwing items at officers as he attempted his third getaway. Authorities were able to take Holland into custody shortly thereafter.

Eric Holland has been taken into custody after human remains were located inside the vehicle he was driving. Please view the attached documents for more information.
Anyone with any info is urged to contact the LVMPD Homicide by phone at 702-828-3521 or contact @CrimeStoppersNV pic.twitter.com/1yuqGSpKXA

While searching the vehicle, authorities found several large coolers in the truck that held a severed head and other human remains. Both trucks had also been reported stolen.

Holland was arrested and records show he had a previous warrant for theft, embezzlement of a motor vehicle, and other charges from 2019, according to the report. He was booked for outstanding warrants and murder, according to police.

Authorities have not yet released the name of the victim and a cause of death is pending an examination by the Clark County Coroner’s Office.

How can someone that’s being pursued by the police stop and change vehicles?

“But officer, I just wanted some head.”

One wonders how long before the delusional democrats release him from jail again . He must serve a point to them to be left free so many times for so many crimes . Isn’t it good to know our ruling government is so involved in this kind of crap . Does anyone really know how many crazy like this were set free by the delusional democrats and for who knows what ???